WHAT IS A MARINE EXPEDITIONARY UNIT?

Since World War II, in nearly every crisis, the United States Marine Corps has deployed projection forces, with the ability to move ashore with sufficient sustainability for prolonged operations. These forces have been organized into Marine Air Ground Task Forces (MAGTF) a combination of air, ground, and support assets.

MAGTFs are established for specific missions, or in anticipation of a wide range of possible missions. Combining air, ground, and logistic assets maximizes the combat power of each of the war fighting elements.

MAGTFs have long provided the United States with a broad spectrum of response options when U.S. and allied interests have been threatened and in non-combat situations which require instant response to crisis. Selective, timely and credible commitment of air-ground units have, on many occasions, helped bring stability to a region and sent signals worldwide to aggressors that the United States is willing to defend its interests, and is able to do so with a significantly powerful force on extremely short notice.

The (MEU) is the smallest of the MAGTFs. Together with U.S. Navy forces, this team serves as the nation's forward deployed, quick-response team, capable of accomplishing numerous missions around the globe.

The MEU, directed by a single commander, is comprised of about 2,200 Marines and Sailors, embarked aboard three ships configured as an Expeditionary Strike Group (ESG), which is commanded by an Amphibious Squadron (PHIBRON).

The 13th MEU, working with a PHIBRON and a LHA/LSD naval vessel comprises one such Navy/Marine Corps team. They are one of the three West Coast based ESG/MEUs from Camp Pendleton and San Diego, Calif. These units are routinely rotated through the Western Pacific/Southwest Asia region for six months at a time.

The Ground Command Element (GCE) for the 13th MEU will be identified and attached to the MEU approximately 180 days before the deployment. About 1,200 strong, it is based on the infantry battalion. It is reinforced with an artillery battery, amphibious assault vehicle platoon, combat engineer platoon, light armored reconnaissance company, an M1A1 Main Battle Tank platoon and a reconnaissance platoon.

The final major element of the MEU is the MEU Service Support Group (MSSG). About 300 Marines and Sailors of the MSSG provide combat support, specifically supply; maintenance; transportation; explosive ordnance disposal; military police; water production and distribution; engineering; medical and dental services; fuel storage and distribution; and other services to the deployed MEU. The MSSG gives the MEU the ability to support itself for 15 days in austere expeditionary environments.

The air-ground task -force concept is designed to thoroughly exploit the combat power inherent in air and ground assets by closely integrating them into a single force. The MEU brings what it needs to sustain itself from the sea for the rapid accomplishment of the mission or to pave the way for follow-on forces. The size and composition of the MEU make it well suited for amphibious operations; security operations; noncombatant evacuation operations; humanitarian assistance operations; and special operations.

Contingent upon "real world" situations, prior to deployment each MEU is thoroughly trained in 23 unique capabilities during a fast-paced, six month work-up cycle that includes three-to- five at-sea training periods.

The 13th MEU operates with about 2,200 Marines and Sailors and is comprised of a command element, ground combat element, aviation combat element, and logistics combat element. These forces have been organized into Marine Air Ground Task Forces (MAGTF), a combination of air, ground and support assets. MAGTFs are established for specific missions, or in anticipation of a wide range of possible missions.  Combining air, ground and logistic assets maximizes the combat power of each of the war fighting elements. 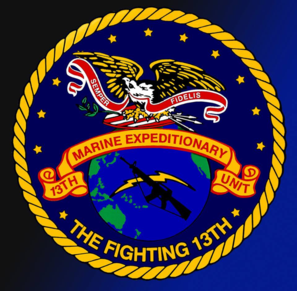 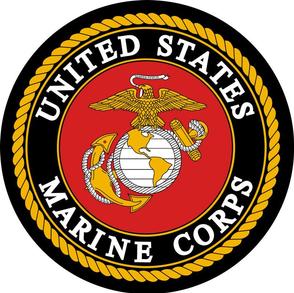